In Germany, food is more than sustenance, it’s a way of life. Their local seasons tragically short, all you need do is follow the crowds to find what’s growing. Whether it’s May’s peaches or June’s cherries, the short time to harvest fruits causes quite the stir in the local markets.

Produce is Germany isn’t as plentiful as you’d expect to find in other parts of the world. Though prices may change, supermarkets stateside stock fruits of all varieties year round. If you want an orange mid-winter, all you need to do is walk down the produce aisle and choose from the wide selection. Seasonal shopping in Germany isn’t just for the discerning foodie, it’s a daily concern. The lack of mega-chains, coupled with the cost of importing, prohibits many local markets from being able to bring in out of season fruits.

When the seasons change, and certain fruits become available, it’s not uncommon to see lines trailing out of the local markets and wrapping around the block for oranges or strawberries. The growing trend of eating “farm to table” in the United States is less of a fad and more of a fact in Germany. Though the smaller chains offer affordable market prices, many German citizens would prefer the ability to eat what they want, when they want it.

Local restaurants are not immune to the seasonal situation, prompting an interesting break in trends for East German eateries. Forced to maintain an adaptable menu, the change in season often brings a change in taste. While staples like cucumbers and tomatoes are often accessible, plums, blackberries, and nectarines are among the many items stockpiled by shoppers anticipating the imminent season change. Restaurants oftentimes create special menus to accommodate the rare delicacies when the winter brings nothing but cabbage and potatoes. 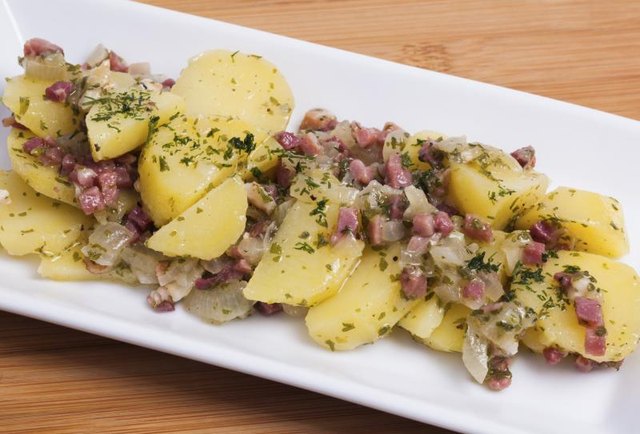 Germany’s adapted well to the hand they’ve been dealt. Instead of importing from hot houses or neighboring countries, they keep their menus focused around their seasons and make due with what they have. While it would be easy to partner with mega-chains, and increase the price of their food, the limited time they have with these special items incidentally bred an appreciation for their short supply.